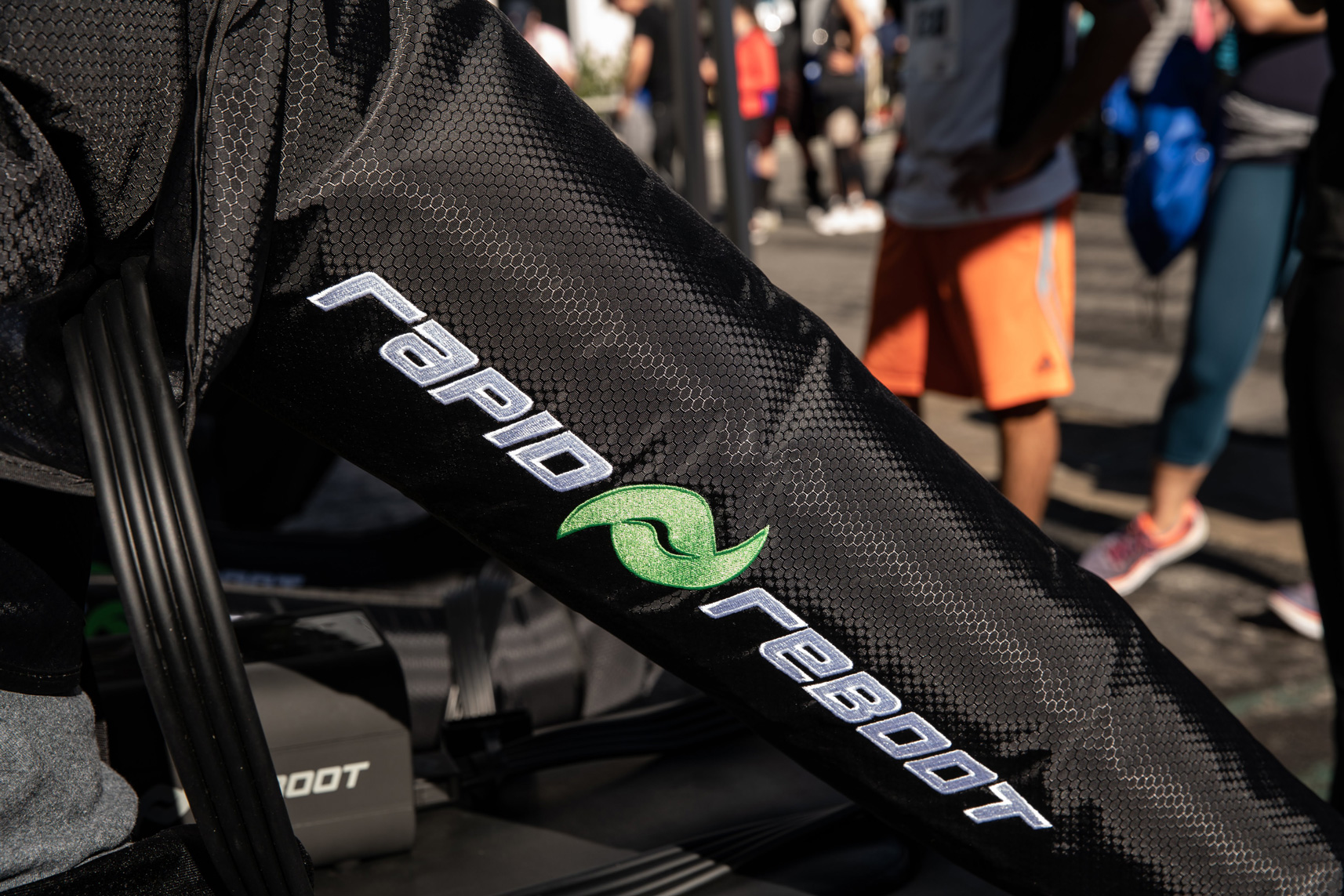 Rapid Reboot is an extremely important recovery and injury-prevention tool used by many of the world’s best athletes. However, given the dramatic physiological impacts Rapid Reboot’s unique dynamic compression can have, it’s obvious that the benefits aren’t just for elite athletes.

We pulled 5 of our favorite stories from believers in Rapid Reboot that blew even us away. They prove that Rapid Reboot can literally change lives.

“The results have been miraculous.”

Matt tried everything to treat his swelling and skin ulcers, developed from shrapnel and pancreatic cancer. Nothing worked—that is, until he found Rapid Reboot.

Read Matt’s full story in his own words:

As a civilian contractor for the military, I took some shrapnel in my legs working overseas a few years ago. They healed perfectly—at the time.

Unfortunately, I had pancreatic cancer a couple of years later. But I’m happy to say I’m at almost a year tumor-free, but the chemotherapy and immunotherapy did some damage. We managed to correct most of it, but my legs were swelling, and the areas where I was wounded were literally popping into open wounds (leg ulcers) and my feet looked terrible.

Medications, compression socks, you name it—it didn’t work—including a medical compression device. Then a cyclist friend of mine saw me for the first time in a long time and after talking, he steered me to you.

Your product was FAR less expensive than the custom-made medical device that I had gotten quoted, so I gave it a shot.

I’ve used it once per day, 20-30 minutes at a time, for three weeks now. The ulcers have healed over and are better daily, my legs have not swollen at all in two weeks.

The results have been miraculous. With my legs healed over enough, I can finally do the one thing I haven’t been able to do in three years: go swimming.

So thank you. Ya done good.

“A few minutes later I looked over to see her crying. She then started bawling. Several of us working the booth ran over to see if she was OK. She started laughing and said she felt amazing!”

Barbara could barely walk when she came to the Rapid Reboot booth at the CrossFit Games. By the time she left, she had not only bought a System, but she was almost skipping.

Read the full story, as told by our our VP of Sales:

Barbara was a volunteer at the 2019 CrossFit Games in Madison, WI. An older lady, she was active and energetic.

Unfortunately, she suffered from severe sciatic nerve pain in her lower back. This pain could flare up and would cripple her to the point she couldn’t stand.

Towards the end of the Games, Barbara hobbled over to the Rapid Reboot booth with the help of some friends. She had tried our competitor’s product, but she was desperate to get relief.

She seemed sceptical. I remember her explaining why. She said she spent almost 100 bucks a week on chiropractic and massage visits. They helped a little, but the cost and the time to go to appointments was almost as big a pain as the pain itself. Plus, she had tried other compression devices.

I helped her slowly put on the Hips Attachment and got her comfortable in the zero-gravity chair. She closed her eyes, and I left her to help another customer.

A few minutes later I looked over to see her crying. She then started bawling. Several of us working the booth ran over to see if she was OK. She started laughing and said she felt amazing!

We let her try out the Hips for a while longer than usual. After about 30 minutes, she stood up on her own, took off the attachment, and announced she was buying it.

She had never felt so good, she said. So she bought right then and there and walked away as if nothing was the matter. It was the craziest experience of any event I’ve ever worked.

“Your boots have helped me avoid cold feet and restless legs! Thank you!”

Wayne doesn’t know exactly all the medical issues he’s facing, but he does know Rapid Reboot has been working.

“I should let you know, I’ve had some pretty debilitating health issues, and I’m still trying to figure out exactly what is going on, but the boots have helped immensely.

I think I have a major issue with my Lymph system. After using a muscle roller I found that I could sleep much better, and now your boots are part of my pre-bedtime routine. I think I have an adipose tissue disorder where the fat around vessels inflames [sic] and compresses those vessels. Your boots have helped me avoid cold feet and restless legs! Thank you!”

“You have a phenomenal product and the word needs to get out there!”

Tom is a critical care RN who has worked in Orthopedics for years. After a knee replacement, he knew he had to get serious about his rehab.

Read Tom’s story in his own words:

“I’ve had 2 complete knee replacements in the last 6 years and have completed 14 Ironman distances (140.6 miles).

In 2013 I had my right knee replaced and did not have the Rapid Reboot system and it took me 12 weeks to fully recover and couldn’t even attempt to jog until 5 months later. I purchased my Rapid Reboot System just prior to my left total knee replacement in January of 2018 and thought this time I’ll be more aggressive with rehabbing my knee.

After my surgery I used them religiously 12 hours each day and was back to work in 2 weeks and cut my physical therapy down from 14 weeks to only 3 weeks! I was back on the treadmill [sic]  light jogging in 6 weeks! FYI My out of pocket insurance deductible for Physical Therapy came to $2K + Lost Income of $13K for additional 9 weeks off work from 1st knee replacement Time off Work = $15K! Compared to the small amount I invested in Rapid Reboot that’s a HUGE savings!!!

The ONLY VARIABLE that changed the 2nd time around was RAPID REBOOT!!!

As a Critical Care RN (with a BBA-Marketing Degree) who has worked in Orthopedics and has been competing in Ironman and distance running since I was 13 years old, I feel that another good market niche for you to focus on would possibly be people (athletes & non-athletes alike) between the ages of 45-65 who have been suffering from work/sports related injuries looking to stay/get back in the game, with accelerated recovery and prevention! You have a phenomenal product and the word needs to get out there!

“I wanted to let you know how much Rapid Reboot has affected my family’s life on a very personal scale, and that the doctors at the University of Kansas Medical Center were most impressed!”

Ashley was familiar with our product in the athletic space, but when her grandfather had open heart surgery and needed help recovering, Rapid Reboot was just what the doctor ordered.

Read about Ashley’s grandfather from her own words:

On December 27th, my 80 year old grandfather had open heart surgery. While he was in the hospital recovering, the doctors told him he would need to look into something to do at home in the form of compression therapy, as he was having massive swelling, especially in his lower extremities. I sent my grandmother a picture and promo video of Rapid Reboot to show the cardiologist to see if the system would be something appropriate for him. With a resounding, “YES, that’s perfect,” from the doctor, I took him one of the Rapid Reboot leg systems on January 4th.

His swelling is now completely gone and he looks amazing!! When he went back to the doctor this past Monday, his cardiologist said he had never seen someone his age bounce back so quickly and that the decrease in swelling was an absolute miracle as he could hardly walk before! The doctor asked them to refresh his memory about what he was using and my grandmother showed him. The doctor spoke about how perfect the system was for heart patients and anyone with swelling issues! He wondered why they don’t use them in the heart centers during recovery?!

I am sure you guys are constantly pitching the systems to hospitals and medical professionals, but I wanted to let you know how much Rapid Reboot has affected my family’s life on a very personal scale, and that the doctors at the University of Kansas Medical Center were most impressed!

So thank you VERY much!! 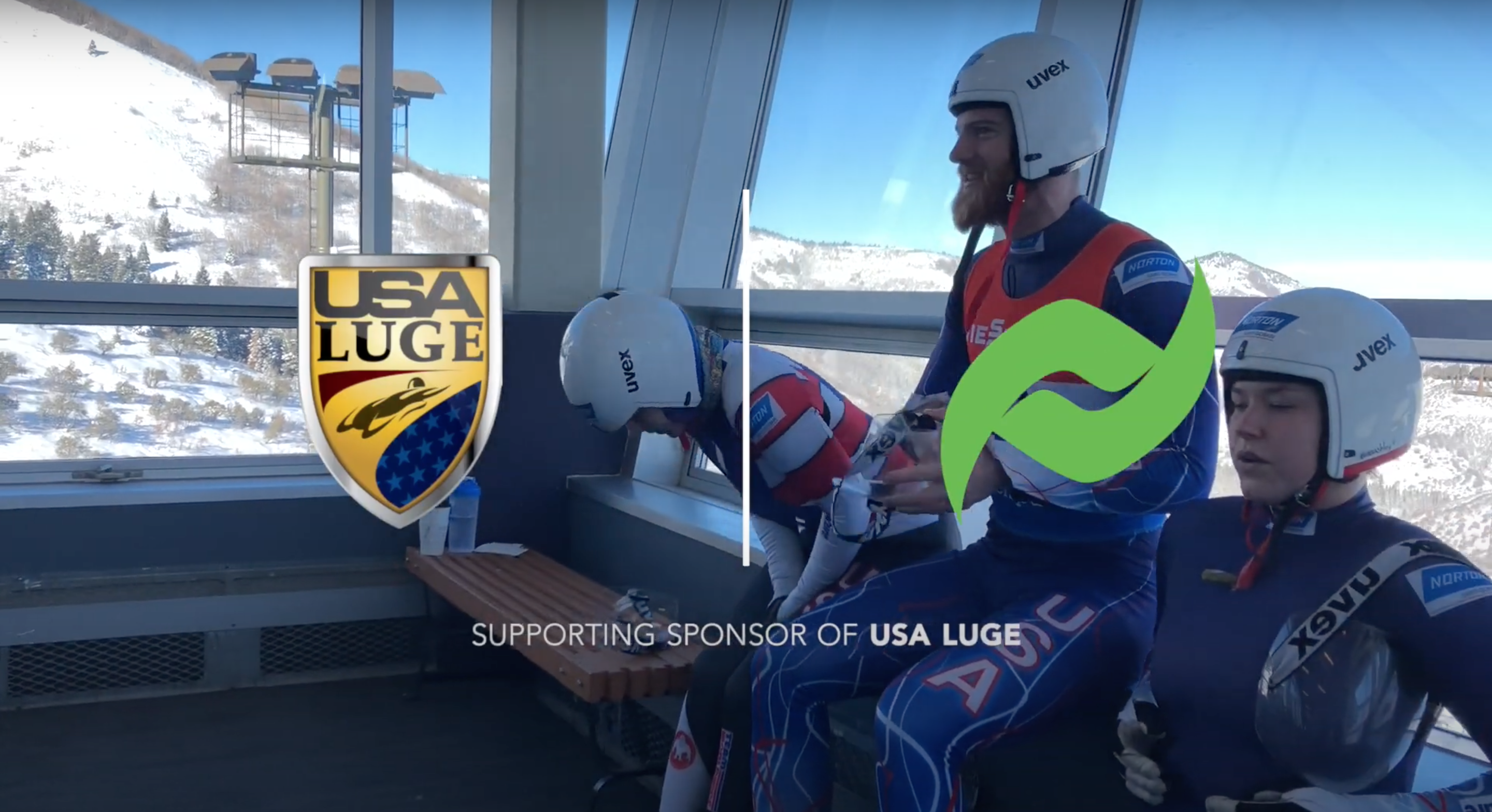 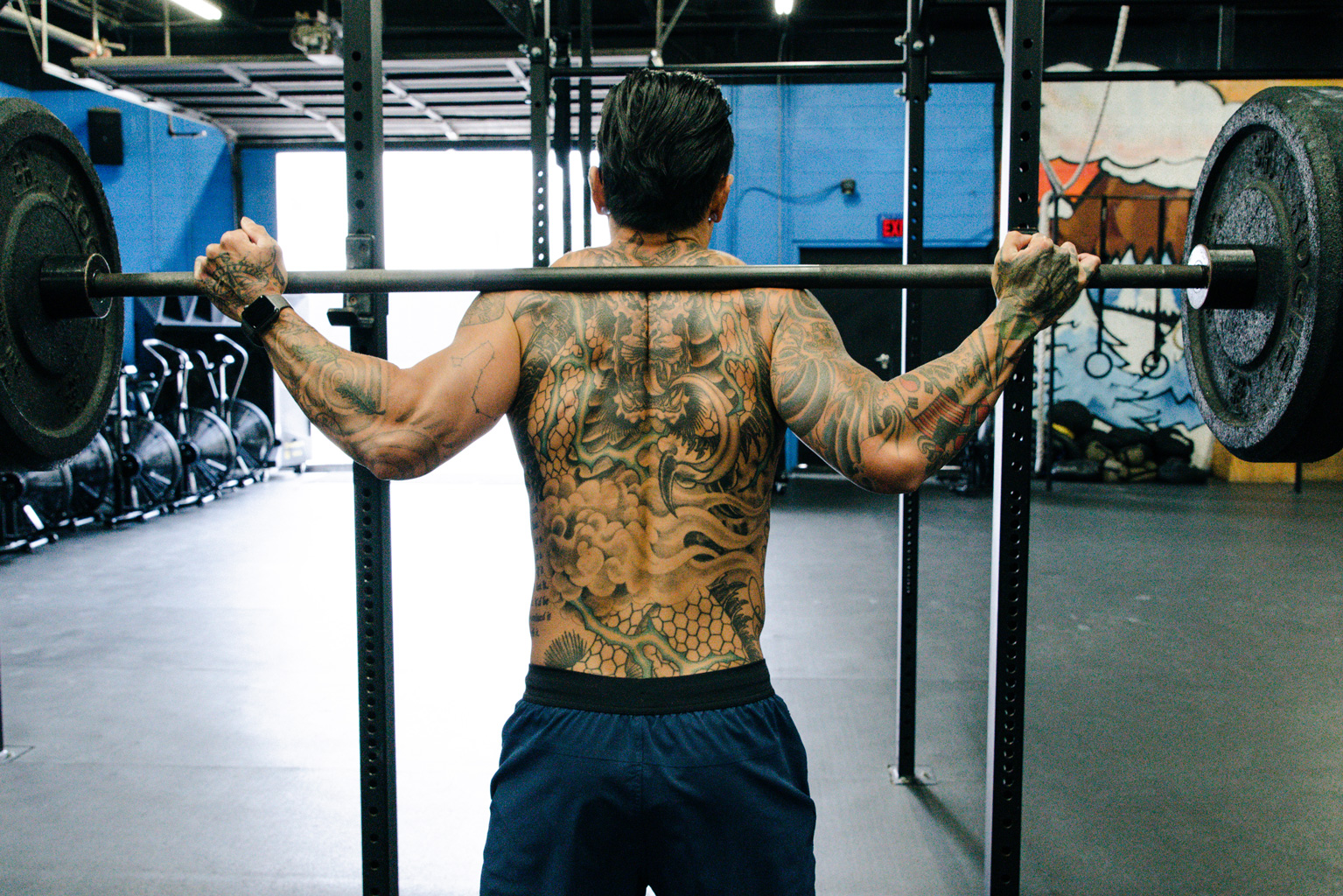 7 Simple Routines to Revamp Your Morning